During my research into the memorials in the War Memorial Park, Coventry, I came across the only memorial tree to a female member of the Armed Services who died in service.

I am appealing for information on Barbara Joyce Masters for possible display with other memorial stories for the Park’s centenary in July 2021.

The facts that I have discovered so far are:

She lived at 232 Gulson Road, Coventry.

She was employed at Coventry Victor Co Ltd.

She enlisted in the Women’s Royal Naval Service (The Wrens) in February 1943, service number 53481.

She was at a shore base, HMS Nile, Alexandria, Egypt, a major facility guarding the Eastern Mediterranean and the Suez Canal.

She contracted typhoid and was transferred to the 15th Scottish Hospital, Cairo, 100 miles away.

There is some confusion as to the date of her death, CWGC records the date as 13 October 1945; the military records show her death as 30 October 1945. She was aged 22 years old, just a month short of her 23rd birthday.

She is buried in the CWGC cemetery, Heliopolis War Cemetery, Cairo, Egypt, grave 4 B 23.

Any information would be gratefully received at info@fwmpcoventry.org.uk.

While the Covid situation placed some limits on what we could do safely at the time, we are now able to celebrate with our Centenary Big Community Weekend.

in the War Memorial Park

We had to postpone our celebration of 100 years of our wonderful park due to Covid, but at last, the celebration is on.  Come and join us for a weekend of events and displays.  Great for the children and the children in all of us. 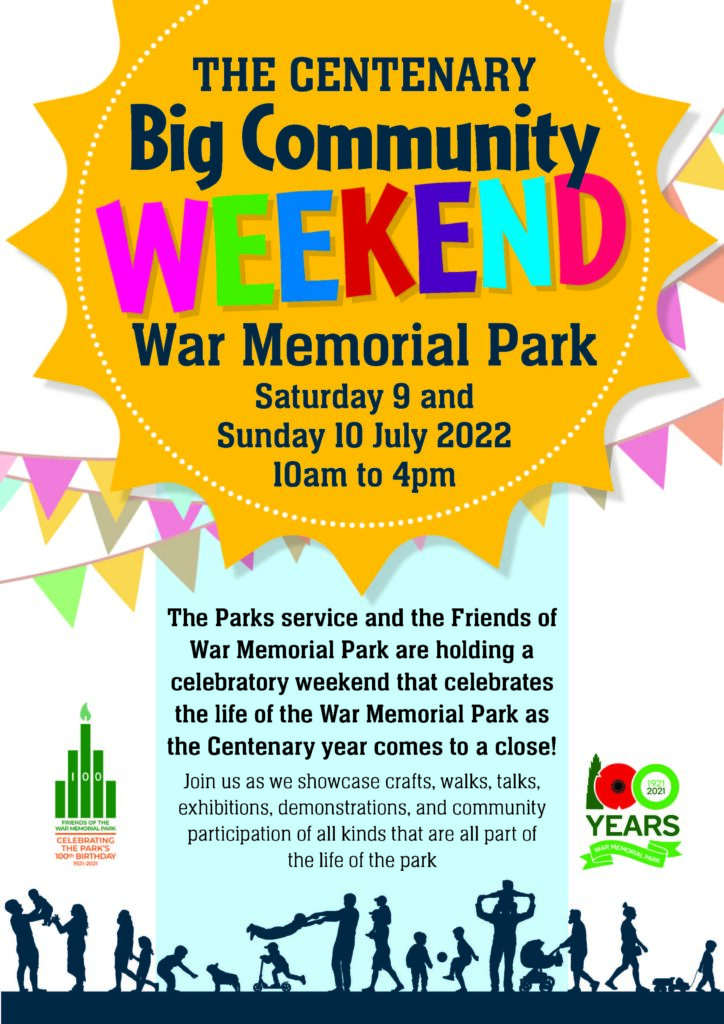 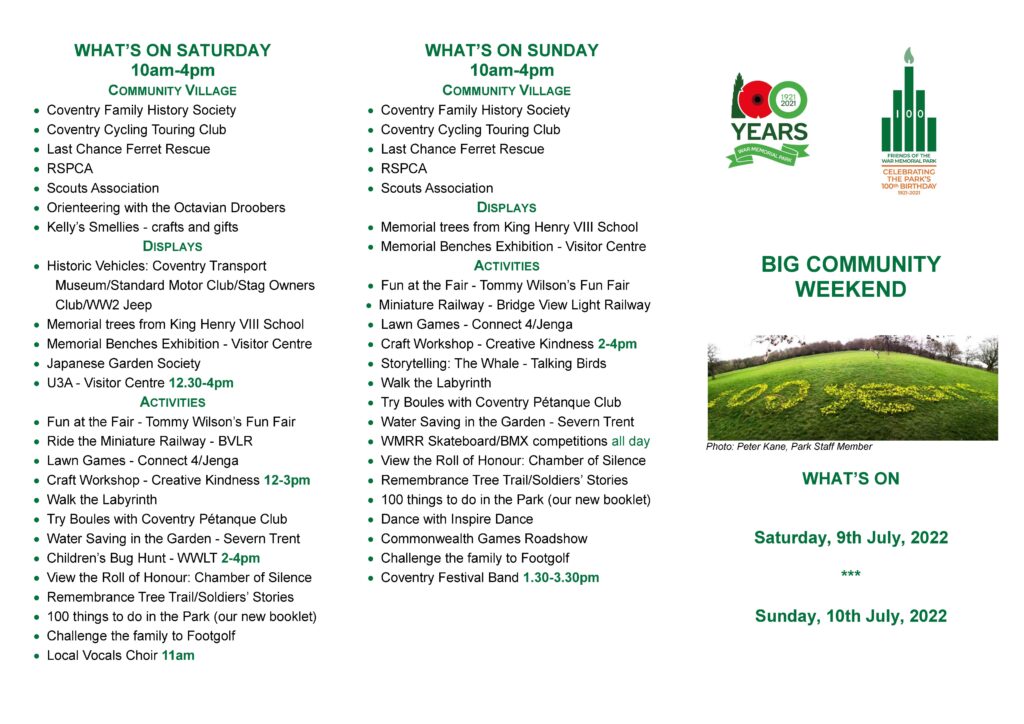 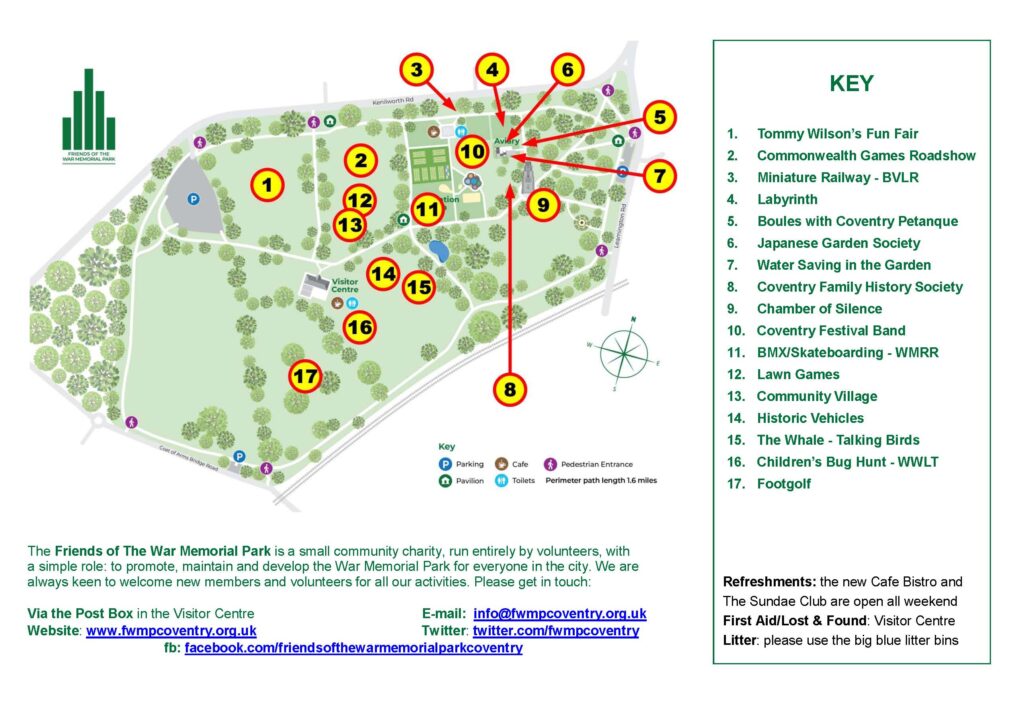 at the Visitor Centre

Please come and join us for another litter pick to help our park staff keep our beautiful park clean and tidy.

Everyone welcome.  Followed by some free refreshments.

Litter picks will usually be on the first Sunday of the month at 08:30, so provisional dates for the rest of 2022 are:

Meet at the bus shelter in the Park & Ride car park.

Please come and join the Friends of the War Memorial Park and members of the Warwicshire Bat Group for a guided bat spotting walk.